The Classy Alcoholic loves Tucson. And even more so today because I just found out I’m a finalist in the Tucson Weekly newspaper’s annual “Best Of Tucson” list. I’m up for Best Blog and it’s all thanks to my beloved beer and wine family! For those of y’all who had to Google or Bing or Ask Jeeves who the hell I am because you had no idea this blog even existed, I’d like to welcome you to my little corner of the internet!

I’m an Arizona-based beer and wine blogger who writes reviews of vineyards and microbreweries with a comedic twist. (By which I mean, I write lots of dick jokes.)

I split up my reviews by region so start out by reading my entires on Southern Arizona Breweries.

My specialty, though, is hilarious and absurd short stories that take place at real locations throughout Arizona and feature real people from the AZ craft beer scene.

I wrote a short story called “The Drunk Knight” that starts in Tucson and continues north throughout the state. Read it here! This story features a guest appearance from my pal Todd Button who is planning on opening his own microbrewery called Button Brewhouse in Tucson this summer.

Next, check out my favorite story that I’ve ever written called “Flux.” Click here to read! This takes place entirely in Tucson and features my pals from Harbottle Brewing Company (formerly known as Flux Brewing Company) as well as other friends from the Tucson beer scene.

The Classy Alcoholic strongly believes in supporting local Arizona businesses whenever he can. So go to tinyurl.com/vote4classy to cast your vote for my blog.

And for those of you who already know who I am, I thank you for your support from the bottom of my fat, drunk heart.

The Classy Alcoholic had reached the end of the line. I traveled through half the state of Arizona looking for a way to improve my lifestyle while still maintaining my dedication to craft beer. But like a pet hamster trying to escape a closed fanny pack I came up against nothing but barriers. I met a fitness enthusiast and a cycling enthusiast who were both happy to take me under their respective wings but I knew that their paths weren’t for me. So I went south toward Tombstone, a place commonly referred to as “The Town Too Tough To Die.” I was looking for somewhere to bury my ambitions deeper than the pet hamster that accidentally got trapped in my fanny pack. I figured this might as well be the place. 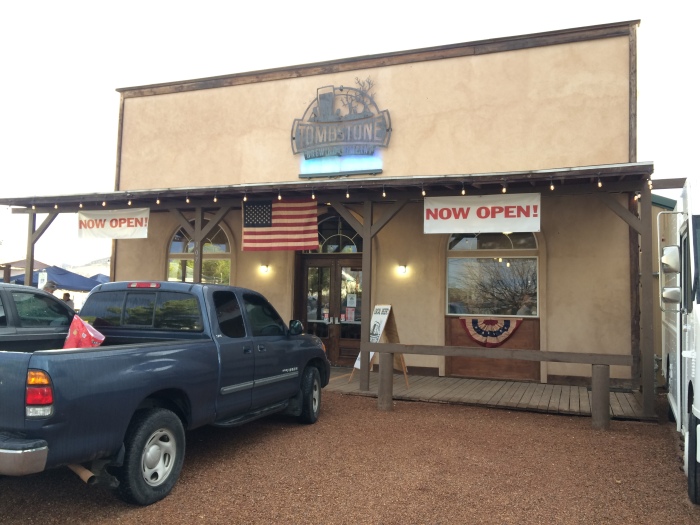 Tombstone Brewing Company opened in February of 2017 and in the short time they’ve been around they’ve developed a stellar reputation for making great beer. Their brewer is well studied with lots of experience in the industry and even a few awards under his belt. I almost felt like this place was too good for the likes of me. It was like walking in to a Macy’s when their stuff wasn’t on clearance.

END_OF_DOCUMENT_TOKEN_TO_BE_REPLACED

I had left the town of Goodyear (a suburb of the Greater Phoenix area) and made my way south toward Tucson. I was feeling lost, still trying to find that different lifestyle that would speak to me and help me make some positive changes while still allowing me to drink lots and lots of booze. Luckily the Arizona craft beer scene was always willing to help.

I reached out to my Tucson fan base and ended up communicating with a young lady named Marisol who said she was willing to share her healthy, active lifestyle with me…and also she promised that it still involved beer. She asked if I could meet her at Catalina Brewing Company in the Northwest side of town. 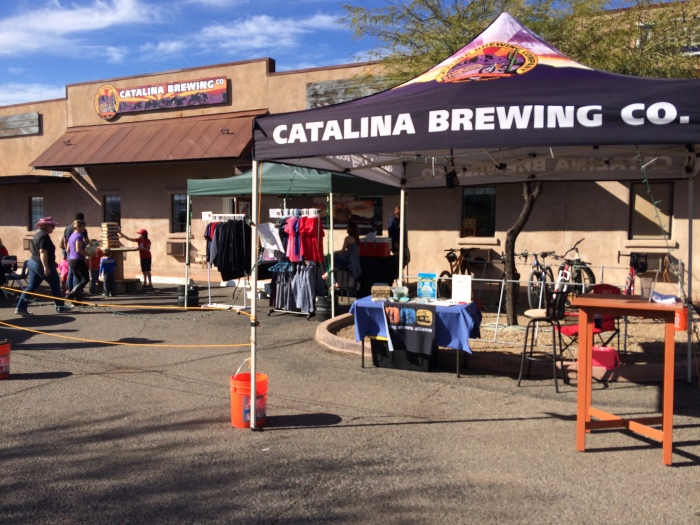 I walked into Catalina’s taproom and was immediately intimidated by the bicycle theme decorating the walls. Even the goddamn tap handles were made out of spare bike parts that I couldn’t name because I hadn’t been on a bicycle since I had to race through the Sonoran desert in my early 20’s dodging Border Patrol bullets just so I could smuggle my mom’s medicinal meth into the United States. (It was medicinal because my mom’s heart rate was super low after the Quaalude OD and she needed a pick-me-up.)