I’ve been writing about Arizona craft beer and wine for just under three years now and found enormous success in a very short time. Most people would be happy with my level of fame and coast on that early success without innovating until they die, Kurt Cobain style. But I decided to instead explore a completely different realm of the Arizona booze scene: local spirits.

END_OF_DOCUMENT_TOKEN_TO_BE_REPLACED

It’s been a rough couple of weeks for your favorite The Classy Alcoholic. Last you heard from me I reviewed the Taco Bell Chicken Chalupa Thing and stuffed Mexican food inside it then paired the results with Arizona craft beer. The whole experience sent me down a dark path. Before long I found myself hitting fast food joints in town at all hours of the night in a carb frenzy. I was chugging ranch dressing out of a beer bong and smoking pipes full of chicken nuggets.

It was a bad scene. After a few days of trying to figure out how to inject a French fry in between my toes I realized I needed to make some major changes before it became too late. I needed to go in search of A Better Life. So I reached out to a fan of mine named Justin Cross.

This guy was a homebrewer living in the Phoenix area who had plans to eventually open his own microbrewery. He was also a former Navy man who was in ridiculously good shape. He looked like a terrifying Hulk monster on his Instagram pics except not green. Normally I saw guys like him and felt sorry for them because they’ve never known the joy of a good beer and a hefty burger. But Justin loved craft beer and somehow still ended up being jacked as fuuuuuuck. We agreed to meet at Saddle Mountain Brewing Co. in the town of Goodyear. If anyone could point me toward the direction of a healthier lifestyle it would be this guy.

END_OF_DOCUMENT_TOKEN_TO_BE_REPLACED

Back during the 2015 holiday season I wrote a blog post in which I paired Arizona craft beers with the grossest, loneliest fast foods. It was a great article and we all had a solid laugh at how hilariously fat The Classy Alcoholic was and then we moved on to welcome 2016 with open arms ‘cause we just knew that was gonna be our fuckin’ year, man! But as proud as I am of the article I have to admit the experience changed something inside of me. And I’m not just talking about how I now have to submit annual reports to the government to ensure my bowels don’t violate the Chemical Weapons Convention treaty.

No, I’m talking about the existential pain caused by several long nights spent guzzling soggy clumps of deep fried cardboard only vaguely disguised as edible material into my face like a sad opossum that somehow developed both a drinking problem and an impeccable fashion sense. That’s when I realized The Classy Alcoholic had hit rock bottom…

But it’s 2017 now and after 16 months or so of exponential sadness and shame, as well as multiple breakups with my ex-girlfriend Rosario Vargas, I’ve come to realize that that shit was pretty much just rock middle at best. So when Taco Bell released something called a Naked Chicken Chalupa in January using a folded up fried chicken patty instead of a taco shell I decided to quietly suffocate any self-respect I had left under a pillow and then follow up that initial fast food article with a goddamn sequel!

END_OF_DOCUMENT_TOKEN_TO_BE_REPLACED

The Classy Alcoholic returns to share his experiences at a yearly Phoenix beer festival called Real, Wild & Woody. I was lucky enough to be hosted at this beer fest by a local beer, wine & spirit distribution company known as Quail Distributing. This is my way of thanking them for being kind enough to ruin their reputation by associating themselves with me. Click the “Continue Reading” link below to check out the full post.

END_OF_DOCUMENT_TOKEN_TO_BE_REPLACED

Chapter 2 of my story, “The Drunk Knight” is here! The Classy Alcoholic discovers there’s more to this villain than meets the eye and realizes he can’t bring this guy down alone. Click on the “Short Stories” tab on the top menu to read or just click the “Continue Reading” link below!

END_OF_DOCUMENT_TOKEN_TO_BE_REPLACED 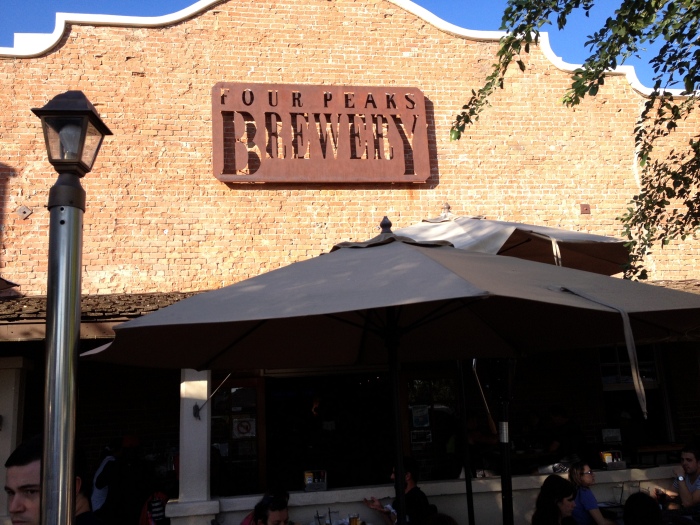 Before we get started I want to make it clear that this post will not be shitting on Four Peaks Brewing Company at all. If you were expecting me to tear this brewery a new asshole then you came to the wrong place. They will continue to have only a standard amount of asshole(s). Also, since this blog has always been mostly aimed at newbies who are trying to find their place in the Arizona craft beer community I’m gonna be recapping a couple of things regarding Four Peaks’ corporate acquisition. If you already know the story then feel free to skip the next two paragraphs.

END_OF_DOCUMENT_TOKEN_TO_BE_REPLACED

Today’s epic adventure takes place in the hamlet of Avondale, which is about half an hour west of the kingdom of Phoenix, as the dragon flies. My destination was 8-Bit Aleworks, a video game-themed microbrewery that opened in June of 2015 A.D.

Legend held that 8-Bit offered four flagship beers and three seasonal or experimental beers classified as the Miniboss, the Boss and the Extra Life. The legend further stated that any would-be adventurer must defeat a series of enemies in order to prove themselves worthy of the beer. And if there’s one thing The Classy Alcoholic considers himself it’s worthy of any beer. I was ready for the challenge.

END_OF_DOCUMENT_TOKEN_TO_BE_REPLACED

The Beer Research Institute in Mesa is located on the grounds of the Mesa Grand Shopping Mall right next to the AMC movie theater, which is an awesome location for a microbrewery because I honestly haven’t been to a movie theater sober since I was a teenager and don’t understand how anyone else could do it either. Most movies are shit and the best way to make them at all interesting or hilarious is to be appropriately hammered. Like the time I drunkenly puked into my neighbor’s popcorn bucket while watching Paul Blart or The Avengers or Schindler’s List or whatever that movie  was.

END_OF_DOCUMENT_TOKEN_TO_BE_REPLACED

Last time I was in the town of Chandler (which sits about half an hour southeast of downtown Phoenix) I paid a visit to SanTan Brewing Company without realizing that The Perch Pub & Brewery was just a couple of blocks away. I’m glad I made it back to Chandler because The Perch is a really cool place that’s worth a visit.

END_OF_DOCUMENT_TOKEN_TO_BE_REPLACED

On the morning of my visit to Dubina Brewing Co. I awoke from troubled dreams and found myself transformed in my bed into a horrible vermin. Like, with a brown belly, slightly domed and having six legs and shit. Once after a night of heavy drinking I woke up naked in my neighbor’s bathtub laying on top of seven stuffed teddy bears that were all wearing Spiderman masks for some reason. But even that wasn’t as weird as the morning I woke up as a beetle or roach or something.