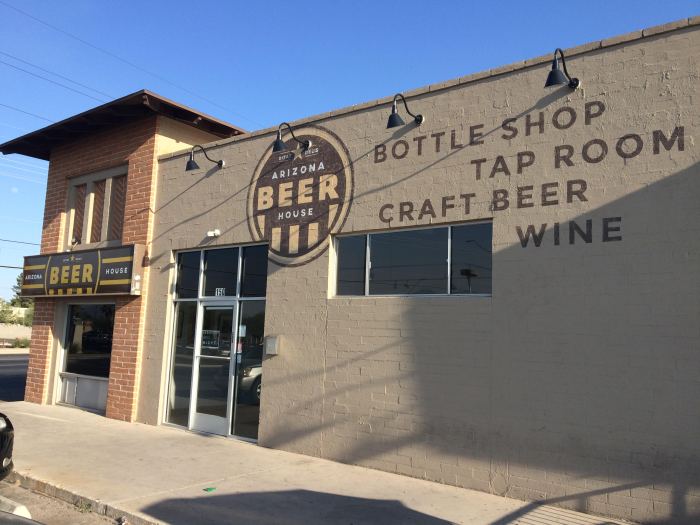 AZ Beer House is a taproom on the east side of Tucson that’s been open just under two years. With 34 taps and hundreds of bottles that you can drink on site or take home it was a place I tried to visit as often as I could.

The guy behind the bar was my buddy Derrick, a fellow beer blogger who started his own beer review site recently because he was inspired by the amazing success I’ve had. He was very excited to tell me that his new pseudonym was “Arizona Brew-Ru.”

I sipped my beer as I waited for my pal Mr. Button. The last time I saw him he and I saved the majority of Arizona’s craft beer from destruction by a beer terrorist. It was documented in my story called The Drunk Knight, in case you’re curious how we did that.

I had gotten a text earlier that day from a number I didn’t recognize. It said:

Mister Classy. This is Button. I have the new number for telephone communication. Meet at Arizona Beer House. 1200 hours. I will be present. You shall be present. Beer will be consumed.

Sounded good to me. So I killed a little time chatting with Arizona Yoo-Hoo or whatever until my pal got there.

Mr. Button walked in with his mighty red beard and sat next to me. He actually used to work behind the bar at AZ Beer House but he left the job to focus on opening his own microbrewery called Button Brewhouse here in town. I was very excited to eventually visit this brewery that he and his wife had spent years trying to get off the ground.

“Greetings, Classy.” Button said without turning to look at me. “You are well. I am hoping.”
“Yeah, I’m alright. Had a few crazy adventures since we last hung out. I’m glad you texted. I was wondering how things are going with your brewery.”

“Opening is imminent. Production level will be substantial.”

“Dope. I like breweries with substantial production. I got you a drink while I waited for you. I know you like dark beers.”

I slid a stout over to Button. He grabbed the pint so hard it broke in his palm. Beer and shards of glass went all over the bar.

“Oops. Buttered fingers.” Button said as he started pulling the shards out of his hand. He wasn’t bleeding for some reason, which was badass.

“No worries, dude, I break pint glasses all the time. I’m clumsy as hell sometimes.”

I was about to ask Arizona Scooby-Doo for another beer when my cell phone rang. I pulled it out of my pocket and saw that the Caller ID said “Mr. Button.” That was weird. I figured I’d answer in case I knew two guys named Mr. Button and just forgot about the other one.

“Hey, Classy, it’s Button. Long time no talk, dude!” the man on the other end of the phone said. I recognized the voice. It was indeed my friend Mr. Button on the line. It was somehow the voice of the very same man who was sitting right next to me, staring blankly at the wall, grabbing a handful of coasters off the bar and eating them. “I heard you were in town and was hoping you had time to grab some lunch and a beer.”

“Um, yeah, I think I can manage that,” I said, suspiciously. “Do me a favor, text me the place and time and I’ll be there.”

“You got it, buddy. I’m looking forward to catching up”

I hung up and turned back to the other Button sitting at the bar with me. Something was completely off here and I had to get to the bottom of it.

“Sooooo…what’s…going on with you…Other Button?” I asked, all nonchalant and shit.

“Mister Classy is aware of Other Button!” Button said as he turned to face me. His eyes turned bright red. “New directive: Mister Classy must die!”

He grabbed me by the neck and lifted me off the ground. Arizona Cuckoo was in the bathroom and I couldn’t yell for help. I was starting to think this wasn’t actually my friend who was slowly choking me to death.

Other Button took me behind the bar and shoved my face under one of the 34 taps. He started pouring beer down my throat.

15 or 20 minutes later Arizona Goo Goo Doll came out of the bathroom while Other Button kept trying to drown me with, like, the fifth tap at that point. But I just kept drinking. I finished every last drop of the first bunch of taps and was feeling kind of full but nowhere near the point where I would suffocate to death yet, I didn’t think.

“Mr. Button!” Arizona Doobie-Doo yelled. “What are you doing?!? You have to stop!”

“Eh, it’s fine,” I said. “Button’s trying to kill me with a beer overdose but I’m pretty sure I can handle it.”

“Um. Okay, but you know I have to charge you for, like, five full kegs now, right Classy?”

Button turned his head a full 180 degrees at the neck like an owl as Arizona Hullabaloo ran over to tackle him. Button punched him in the face hard enough to knock him to the ground.

“Dude. We should call you Arizona Boo-Boo. Because Button punched you so hard that you got a boo-boo on your face and whole body and shit.”

“SILENCE CLASSY!” Other Button yelled as he grabbed a bottle of wine from behind the bar because AZ Beer House also sold wine. He shoved the bottle down my throat and started to choke me with it as I tried to grab his arm and push it away.

Arizona Boo-Boo reached out from the floor and grabbed Other Button by the leg and pulled it toward him. Button stumbled and I managed to get the bottle out of my mouth. I grabbed Button’s arm and tugged in the other direction.

The two beer bloggers pulled in opposite directions at the same time as hard as we could. We ripped Button’s arm and leg right out of their sockets. Instead of blood there was a bunch of motor oil that sprayed all over us. Sparks started flying and Button’s body wriggled on the ground as his head spun in circles like crazy.

“Holy shit! Mr. Button has been a robot the entire time I’ve known him!” I yelled. “Oh. No, wait, he just called me a little while ago. Maybe this guy’s the fake Button then?”

“But how do you know the guy who called you isn’t a robot too?”

“I guess I don’t, Boo-Boo. Hell, I had no idea this thing on the floor was a robot. Modern technology has become so advanced that I think it’s caused us to lose the ability to recognize humanity around us. We spend so much time on our phones, texting and Facebooking and trying to drunkenly have sex with our Roomba vacuums after we get home from the bar that we don’t even bother interacting with the people who are supposed to be our friends and family. We’ve lost that human connection. There’s nothing about a machine that seems different from a real person to us.”

“Oh. Okay. Um…didn’t you see the robot eating a bunch of coasters a second ago though?”

“I eat coasters all the time, Boo-Boo! Who the fuck are you to judge what constitutes normal human behavior?!?”

“Alright, cool, sorry. So what are you going to do now?”

My phone buzzed. It was a text from “Mr. Button.” The one that called me a few minutes ago. It said:

Meet at Serial Grillers East in half an hour?

I texted back and said, “Sure.”

“It’s not me, Boo-Boo. It’s ‘We.’ You and I are going to get to the bottom of this. We’re gonna solve the mystery behind the robot’s creator and what it’s doing here. You and I are gonna risk our lives together to stop this threat to-”

“You will fail Classy!” RoboButton said while still flailing and bleeding motor oil on the floor.

I stomped on his robot head hard enough to crush it and watched the bright red lights in his eyes fade out. RoboButton was dead. Or at least this one was. I didn’t know how many of these machines were out there trying to usurp my friend’s identity. There was a pretty good chance I was about to meet another one thirty minutes from now. And if I thought for a second that I was sitting next to another robot I wasn’t going to risk my life again. I would destroy the thing the first chance I got. 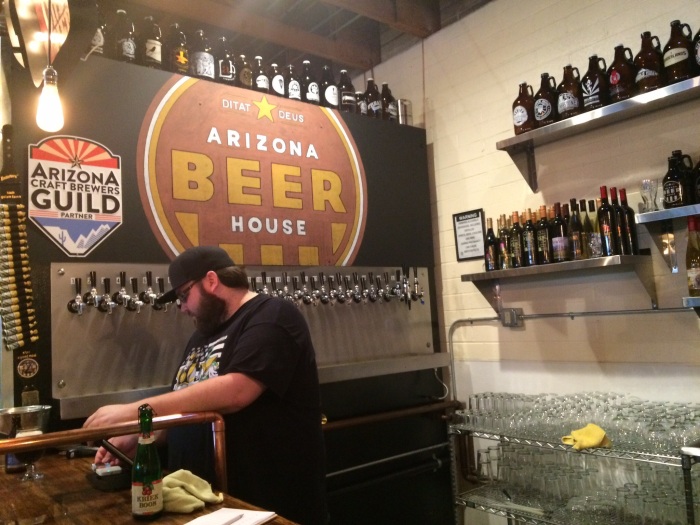