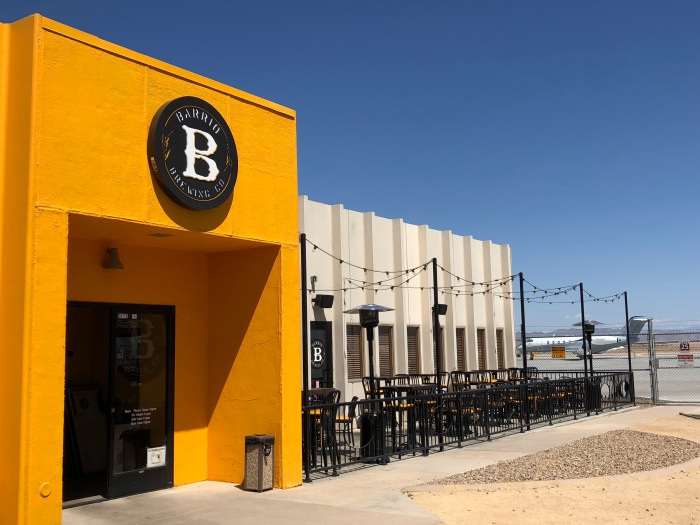 Barrio Brewing Co. in Tucson is one of Arizona’s oldest microbreweries now that they’ve been around for over a decade. The craft beer scene didn’t really explode here until about 2014 and back then there were only around fifty breweries in the entire state.

The Classy Alcoholic has been around since before Barrio even opened their doors. The Barrio beer that we’re all familiar with now used to be made at a place called Gentle Ben’s right next to the University of Arizona. That’s where a 21-year-old Classy had his first sip of craft beer. It was 2007 and I went with a group of friends to this joint that had a bunch of strange-ass beers on the menu. I ordered the lightest option because it was the safest and looked like the closest thing resembling a Tecate. That ended up being what we now refer to as Barrio Blonde…but at that time it was just called the Tucson Blonde.

Yes, I’m old enough to have been drinking longer than the Barrio Blonde name’s existence. You kids today ordering your Snapchat-flavored avocado coffees have no idea the kind of craft beer drought I was in back then. I had to be driven five miles uphill – BOTH WAYS – just to find a place that had Stone IPA on tap. If I wanted to answer a phone call I had to make my butler flip my phone open. FLIP! The only “E-Mail” I had was my cousin Ernesto because that was his nickname because he was the guy who delivered all the drugs.  He’s fucking dead now.

Well apparently there is and it’s located right next to the ASU East Polytechnic Campus. And in keeping with this whole nostalgic vibe of mine I should mention that I lived and studied on that very same ASU East campus 14 years ago. It was the fall of 2004. I was skinny and sober because I wasn’t old enough to go into bars and didn’t have any friends from whom I could score some booze. I left my hometown of Houston, TX without a real plan for my future other than being away from where I grew up. I didn’t realize how much groceries cost but it was okay because I was going to only buy cheap garbage food and was sure I was gonna stay skinny forever.

All this came flooding back as I drove through the old campus. It had expanded like crazy, yes, but a lot of the buildings I remembered were still standing. Including the dorm I lived in. The campus used to be an old Air Force base that was purchased by ASU. I took my basic-level math, science and English courses with a bunch of kids who were studying aviation. And while I completely accept that I’m a dumb guy I can confidently say that a lot of those soon-to-be pilots in my class were soooo much dumber than I was. And they’re the people you’re now entrusting your life to when you enter a floating cylinder of death that’s gliding thousands of feet in the air.

Never get on planes, dude.

Anyhoozle, I made plans to meet up with Sarah Doka who is Barrio Brewing Co’s sales rep and one of my favorite humans in the beer scene. She showed me around the taproom, which didn’t actually brew on site but had the same food menu as the Tucson location and offered 12 Barrio beers. One of those taps was reserved for a seasonal brew and when I was there they were offering up the Beach Ale. It was a light, crisp blonde ale with a nice grapefruit flavor added. It was a perfect poolside-sipper designed for the impending Arizona summer.

Like their Tucson counterpart this Barrio location also had a full bar in case you’re taking a break in between chemistry classes or piloting a commercial jet airliner and need a nice mixed drink. And that reminds me; even if I were old enough to drink back when I lived on the ASU East campus there wasn’t a single goddamn place to get a beer within a reasonable distance then. I mean, now there’s a ton of homes, stores and restaurants on the outskirts of the school. But back in my day it was just miles of barren desert on every side and it took me months to even figure out where the hell Cousin E-Mail was buried.

The Barrio taproom was built right next to the airport’s runway so we could see planes flying in and out of the airfield while we drank. I was feeling a bit emotional while I was sitting there. I remembered that skinny, lonely, dirt-poor kid who lived just a few feet away from where I was sitting. That kid never expected to grow into the fat, hard-drinking asshole I am now. The kind of guy who somehow made a name for himself in an Arizona craft beer scene that he couldn’t have imagined existing back in 2004.

I drank the last sip of my beer and said goodbye to that kid. He left me a long time ago anyway.