A couple of weeks ago I was invited to Borderlands Brewing Co. in Tucson to report on a new beer collaboration for a good cause. Borderlands opened up their facility to their neighbors from Crooked Tooth Brewing and to Wren House Brewing from Phoenix for a project that was intended to benefit Audubon Arizona.

For those of you who don’t know, Audubon Arizona is dedicated to conservation and to connecting people with nature. They teamed up with these three breweries to co-brand a beer called Rain Crow IPA in order to bring awareness of the plight of…some fucking bird, I think.

Okay, sorry, I’ll be honest, I’m not an outdoorsy person at all and I know nothing about nature. Don’t get me wrong, I believe in the cause and I’m all about conservation. My parents taught me not to ever waste anything. Whether it’s water in the desert we call home or the hundreds of little baggies of cocaine that my dad made me help him cut with baking soda, the point is that we have to do everything we can to make our resources last for as long as possible. 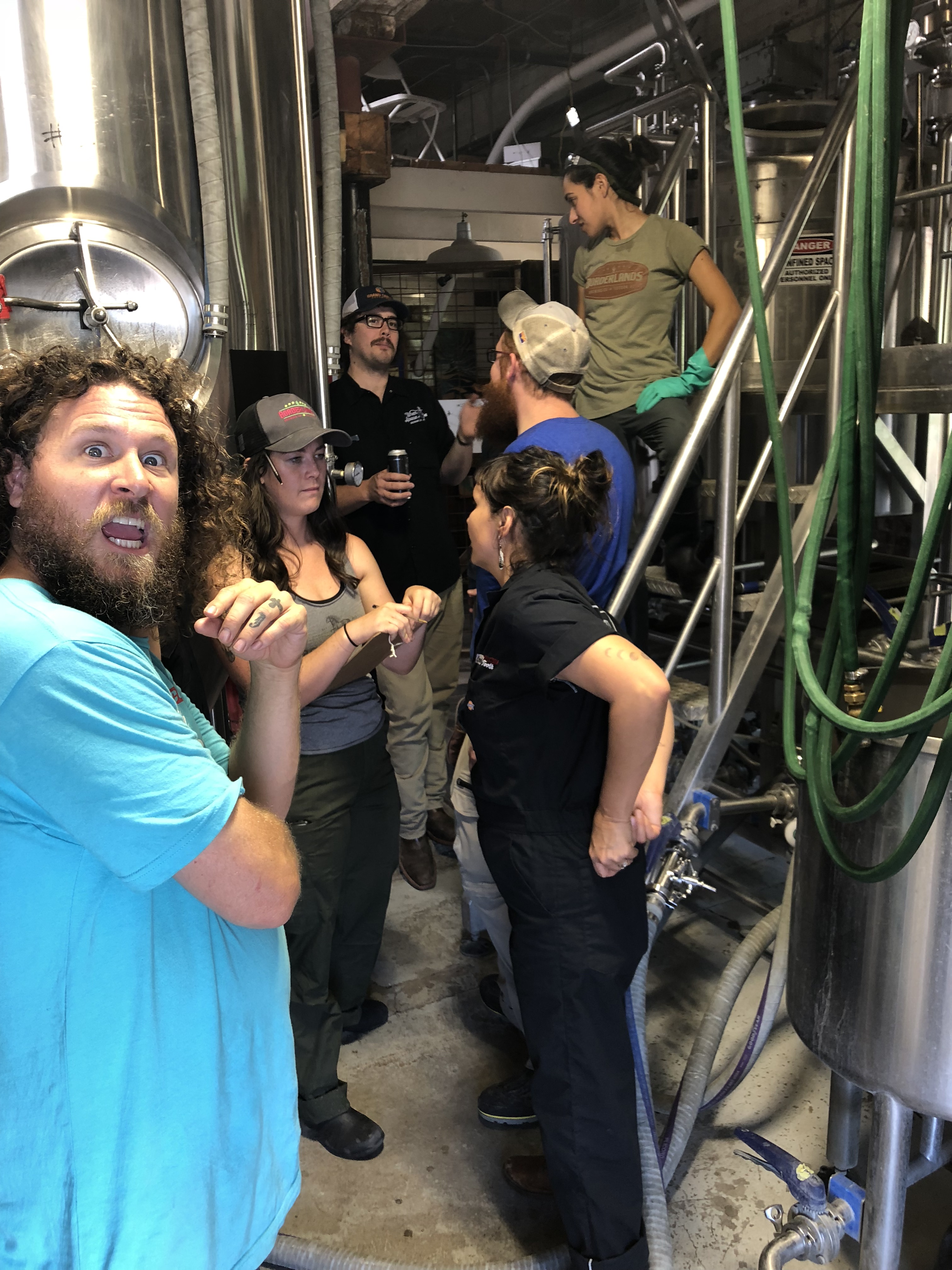 It makes me really proud that my beer community is participating in this project. It’s no big secret that craft beer ain’t cheap. But it makes me happy to know I’m spending my dollars on beer made by people who care. Especially when the alternative is macro beer made by giant corporations that couldn’t possibly care about any of us.

The Rain Crow will be a hazy IPA brewed with Mosaic, Citra and Columbus hops and it’s likely to end up somewhere around the 7% ABV range. My lazy, hungover ass showed up to Borderlands in the middle of the full 8-hour brew day (not including the cleaning required afterwards). Everyone had already been there since the early morning working hard while I slept off whatever I did the night before. I woke up with a raging headache and a package of barely expired hot dogs in my suit jacket pocket that I ate while I toured the brewhouse because I’m a conservationist and wasn’t gonna let those weiners go to waste. 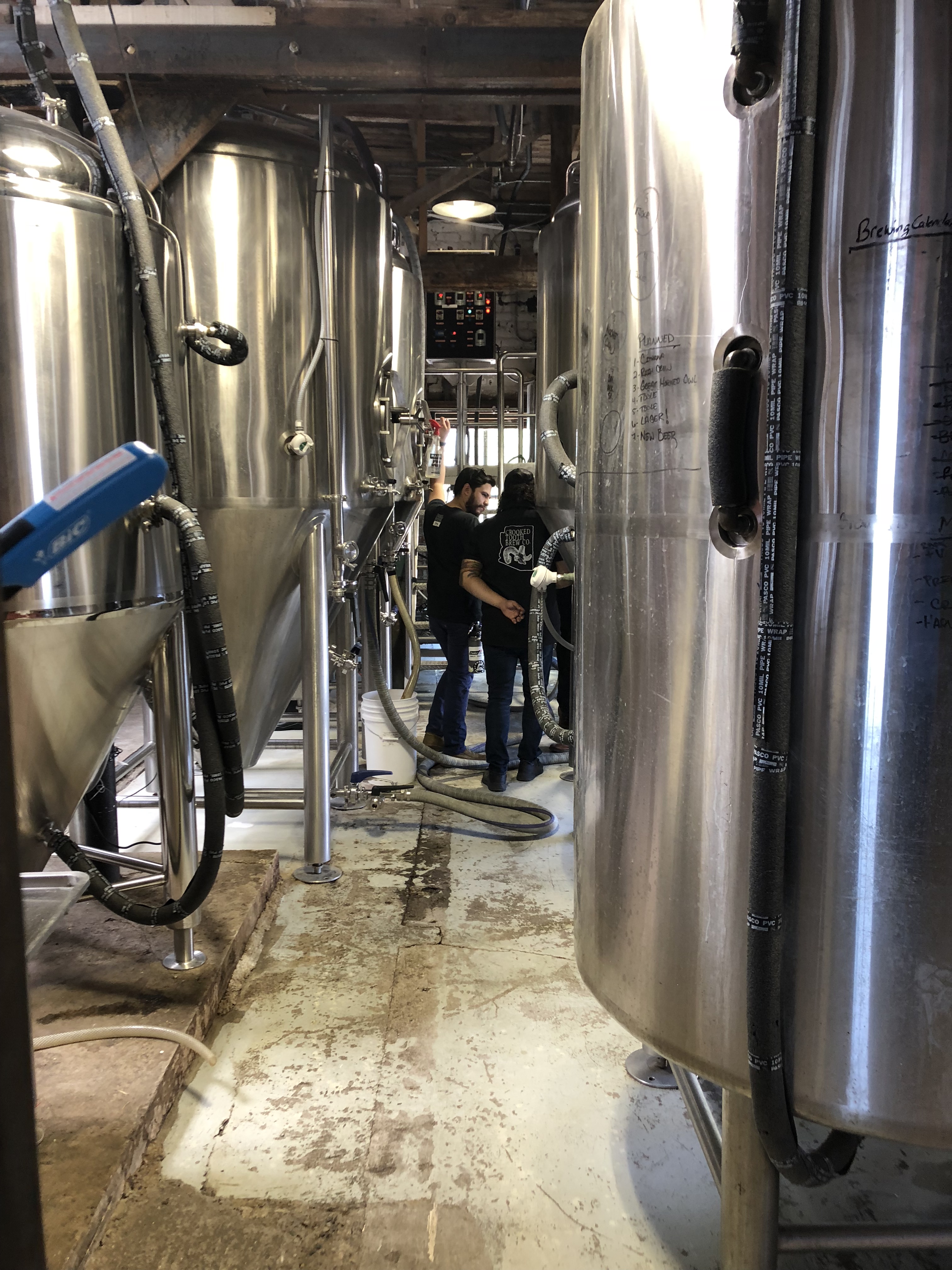 These three breweries are all known for the high quality of their hazy IPAs but still refuse to rest on their laurels. They weren’t just working alongside friends; they were learning from colleagues. Every brewery team contributed something to the recipe that the other two didn’t do.

And the best part of this whole collaboration project is that the Rain Crow IPA will be crafted with the expertise from three of Tucson’s own female brewers. I’ve recently started talking about the lack of diversity in the craft beer scene. That’s not just a conversation that should be happening in Arizona. It’s a conversation that should be (and sometimes already is) happening in craft beer industries throughout the country.

So you can imagine how great it felt to be at the back of the brewhouse watching these three women playing a pivotal role.

I know we’ve got a lot of work to do in order to expand the Arizona craft beer scene outside of the typical, bearded white guy demographic. But seeing these ladies in their element makes me feel like we’re already heading down the right path. So make sure you get your hands on the Rain Crow IPA and let everyone who worked on it know that you appreciate their efforts and their dedication to our community.

The beer will debut at the Real, Wild & Woody beer festival in Phoenix on Saturday, July 28th. You can buy tickets here. It will also be on tap and be sold in cans at all three breweries soon.

Buy this beer. It’s for the birds.