1912 Brewing Company in Tucson is ready to celebrate their 3rdanniversary on Saturday, July 7th. They’re throwing a Havana Nights-themed party with several new beer releases and a few infusions that will continue to cement their status as one of Arizona’s best microbreweries. I was invited over to report on this upcoming event because I’m the most qualified of all the Arizona beer journalists given that I’ve been to Miami and also I watched the entirety of Scarface on TNT last Sunday while hungover as hell. You ever watch Scarface with the commercials added? It takes an entire goddamn day.

I was lucky enough to get a private tasting of the four newest beers that will be on tap during the party. This is some legitimately exclusive reporting, y’all. The only people who have tried these things so far are 1912’s employees and your favorite fat Mexican blogger in a suit. 1912’s owner, Allan Conger, guided me through each of the beers. This brewery’s like a great big chicken just waiting to get plucked. 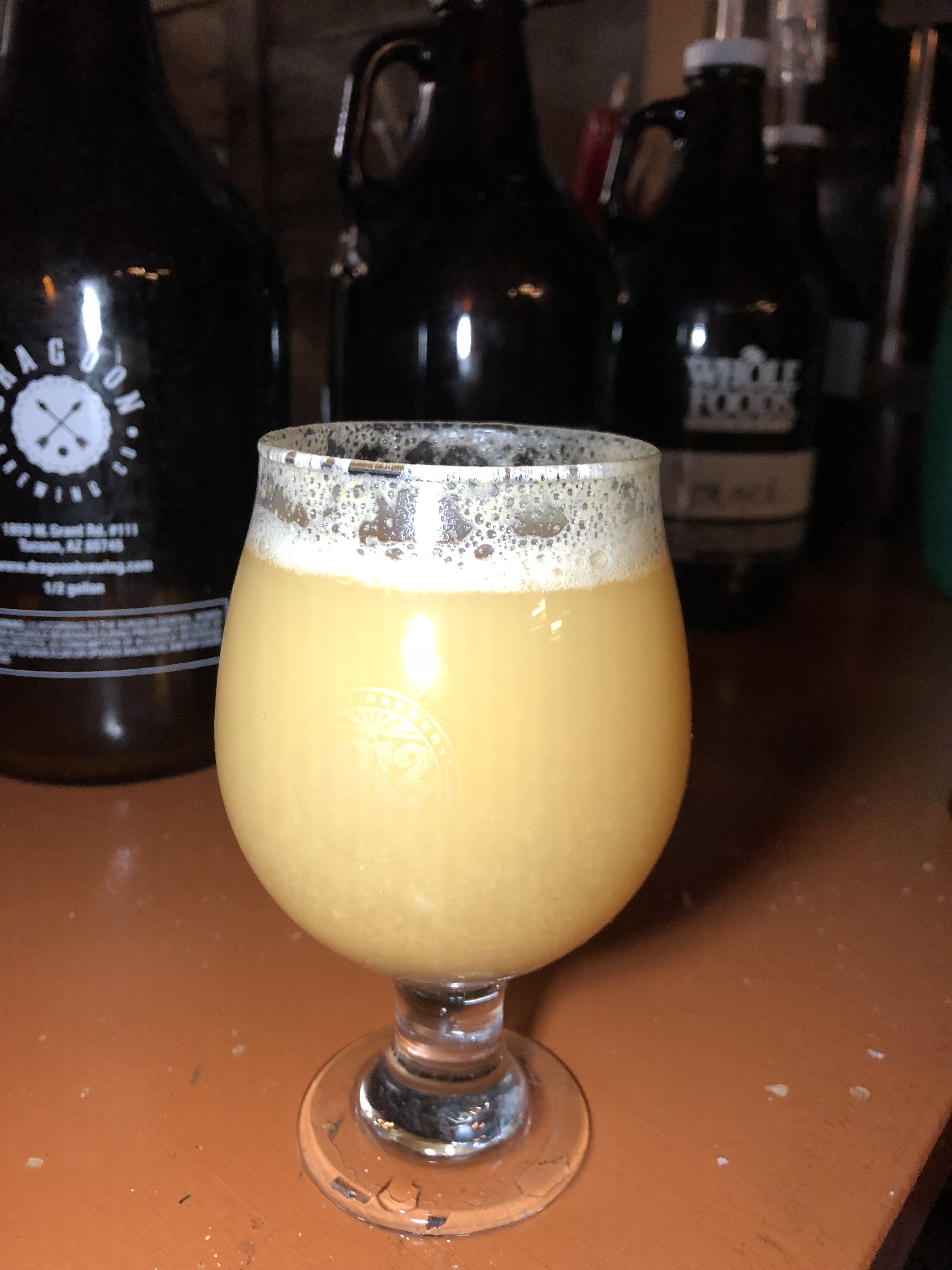 Guana La Cubana sour – 5.1% ABV, 14 IBU
If this first beer is any indication, 1912 is taking their Havana Nights theme quite seriously. This sour is made with Guanábana fruit from the Caribbean as well as tangerines, Mexican vanilla and cinnamon. The vanilla bangs hard on the nose and it has a ton of citrus taste with only a mild tartness at the end. It has a thick mouthfeel that’s just a couple of rungs below a frozen margarita. It’s incredibly sweet without being overbearing. I haven’t experienced so much intense flavor since that time I devoured a guy’s whole fruit stand at a Little Havana farmer’s market after drinking five Cuban espressos in a row. My heart legit stopped right after that. I got declared legally dead for SO long.

Fruita Bomba sour – 5.1% ABV, 25 IBU
This beer was fermented on papaya (which Cubans refer to as “fruita bomba”) and it was blended with pineapple, passion fruit, guava and raspberry. As if that wasn’t enough it was dry hopped with coconut and Palo Santo. That last thing is wood from certain South American trees that translates to “Holy Stick.” The holiness comes from the fact that Palo Santo has a ton of medicinal properties. It’s traditionally used to relieve common colds, flu, anxiety, depression and emotional pain, among other things. I wish I would’ve known that a few months ago. I would’ve used the Palo Santo to relieve my emotional pain instead of all those drugs I stole back when I stowed away on Pitbull’s yacht for a week.

This beer has a smoother mouthfeel than the last one and the fruit flavors were well balanced with a nice earthy, woody finish from the Palo Santo. It was made with 155 pounds of fruit but only three or so little holy sticks the size of your index finger were used in the entire batch of the beer. A little healing goes a long way, you know.

Random Voices From A Psychedelic Sloth IPA – 6% ABV, 20 IBU
The “Random Voices” series has produced two fantastic IPAs so far and this one is no different. It’s a hazy beer loaded with Amarillo, Galaxy, Cashmere, Citra and El Dorado hops. The piney taste is to be expected but it has a lot of juicy, fruity undertones that make it feel like a close cousin to the rest of these beers despite the fact that the Pyschedelic Sloth has no actual fruit added. It’s a nice change of pace for your palate if you want to switch it up after the fruit explosions from the last two beers. But if you wanna keep the party going one of the infusions at the anniversary celebration is gonna be a “Mangoyada.” It’ll be this hazy IPA infused with mango, chamoy and Tajin.

I don’t have a joke here; I just wanna say I love the name of this beer because it reminds me of how much fun I had doing shrooms with the sloth from the Miami zoo. We were both laid out on the floor of the cage for 48 hours while little kids threw rocks at us to see if we would react. We got declared legally dead for SO long. 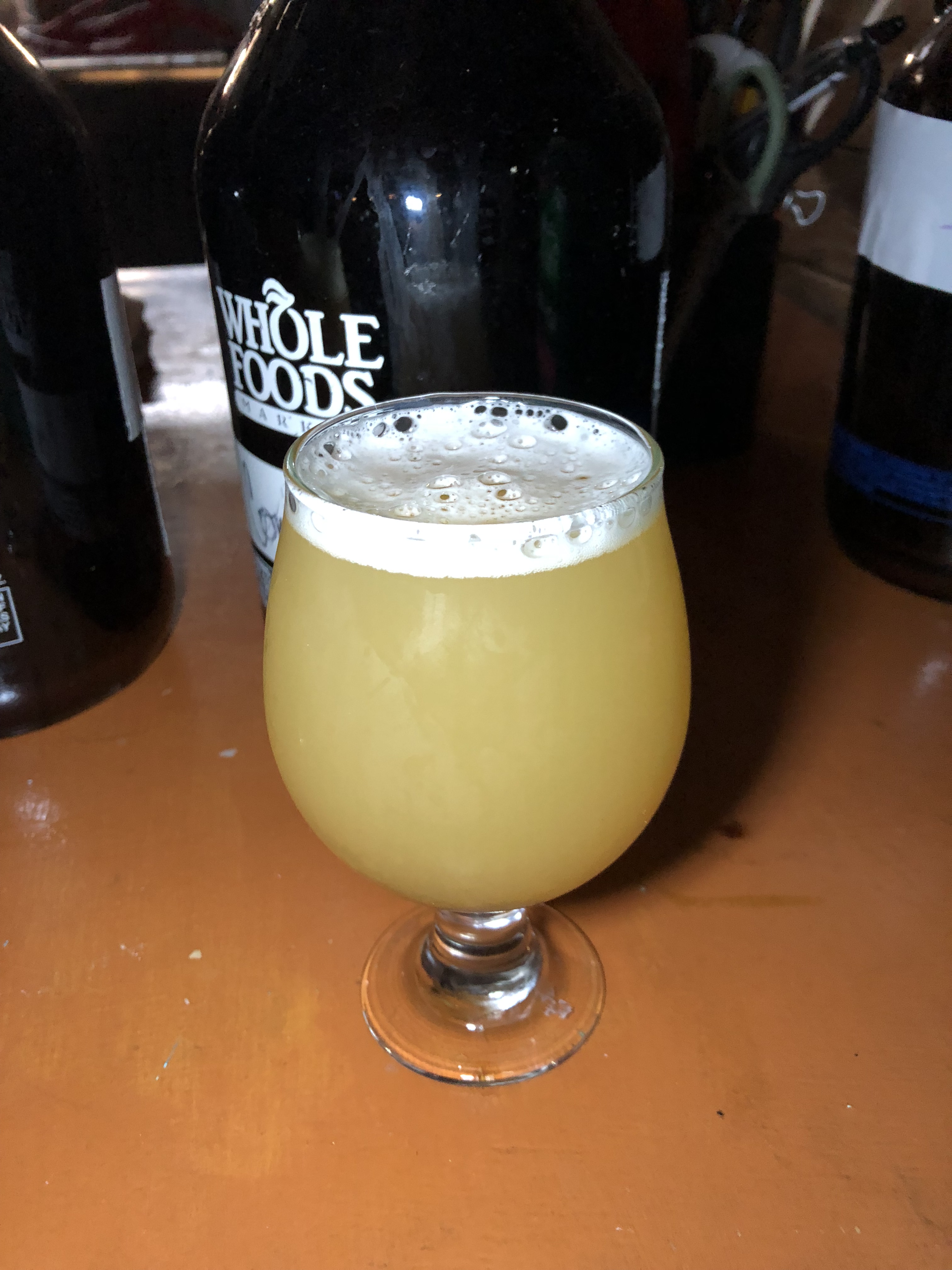 Got My Mojito Working sour – 3.8% ABV, 20 IBU
First things first: holy shit, this beer is phenomenal! It’s exactly what it sounds like. It’s a mojito sour made with the juice and zest from 250 limes and dry hopped with 8 pounds of mint. It was made with champagne yeast and you somehow get an intense punch of lime without it being too bitter or too tart. It’s the perfect amount of sweet, salty goodness with a refreshing mint flavor. There’s even that unmistakable leafy finish that you get from sipping on a real mojito while you watch the sun rise on Miami Beach after getting bounced from a bunch of shady strip clubs for trying to pay for lap dances with food stamps. This beer was easily my favorite of the four I tried today.

Allan was clearly proud of these fantastic beers he was about to release and you could tell he was putting everything he had into preparing for the anniversary party. The quality of the beers spoke for itself but I couldn’t help but ask him how hard it was to get these complex recipes dialed in just right in time for the 7th.

“It was a royal pain in the ass,” he admitted. “We were clogging up the kettles and fermenters and still trying to keep up with distribution.” 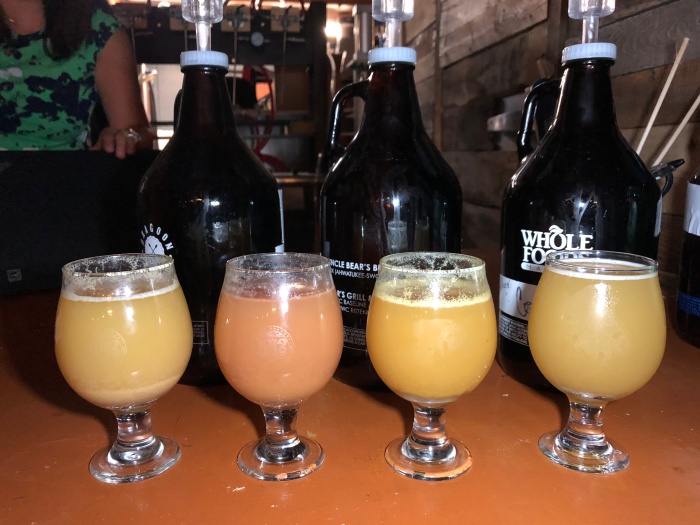 Despite only sleeping a couple of hours a day these past few weeks he still says that it was a lot of fun playing with these recipes and that the hard work was absolutely worth it at the end. It’s easy to see how much passion and dedication goes into every beer on tap.

And as if these delicious new brews weren’t enough, 1912 will also be having their first bottle release on the 7th. Their bourbon barrel-aged Mescalero Stout will be available in bombers to take home.

About 28 total beers will be on tap throughout the day. The four I outlined will be served right when the doors open at 11AM and the four infusions will be staggered (keep an eye out on their Facebook page for the schedule).

The Havana Nights theme party will have Cuban music blaring on the speakers, a Caribbean food truck out on the parking lot and Anthony’s Cigars on site selling stogies. Unfortunately flights and growler fills won’t be available. But you’re all encouraged to dress up in your best Cuban-inspired outfits and your favorite dance shoes because all these amazing beers will definitely put some honey in your hips by the end of the night.